← more from
Whirlwind Recordings
Get fresh music recommendations delivered to your inbox every Friday.
We've updated our Terms of Use. You can review the changes here.

'The Cut Off Point' - Album Trailer

The Cut Off Point 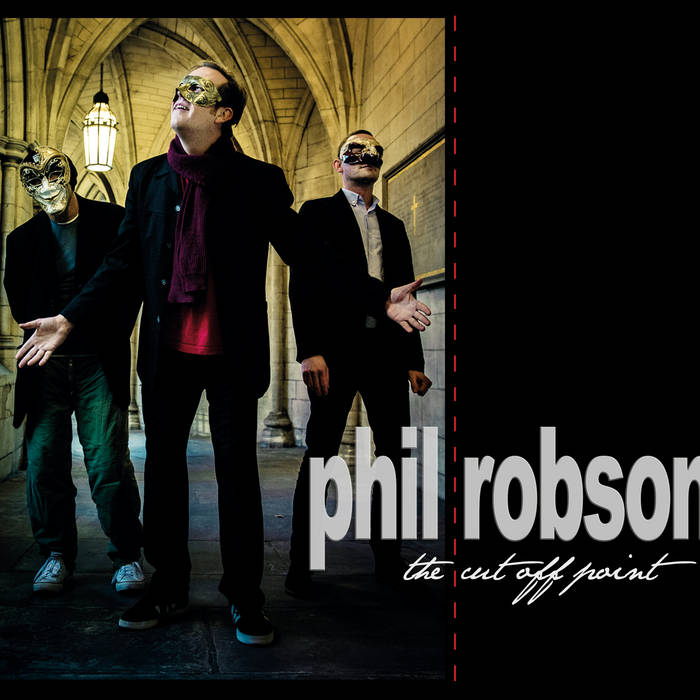 The ever-searching, eclectic guitarist Phil Robson has released four contrasting solo records to date and is known throughout the world for his contribution to the long-running quartet Partisans (their release Swamp won Album Of The Year in the 2015 Parliamentary Jazz Awards in the UK where he's based). As a sideman he’s performed with Kenny Wheeler, Mark Turner, Billy Hart, Barbara Streisand, Django Bates, Christine Tobin, among others.

Now with a recently-formed organ trio – having revealed and honed new material during their summer 2014 tour, followed by recording in the fall – Robson, Ross Stanley (Hammond organ) and Gene Calderazzo (drums) release their debut The Cut Off Point. Influenced by the jazz eminence of Pat Martino, Wes Montgomery and John McLaughlin, but also with a heavier rock-grooving predilection, this close-knit triumvirate punch their way through seven of the leader’s compositions, as well as a hustling interpretation of a number by US saxman David Liebman.

The organ trio format offers fascinating opportunities – Robson writing specifically with this in mind – affording the guitar the flexibility to carry melodies in different ways, roaming freely against the solid low voicings and varietal registrations, textures and dynamics of Stanley’s authentic Hammond. And with that unmistakable, saturated sound palette, Stanley is authoritative in the combined role he provides: a chordist, bassist and soloist dualizing improvisational diversity with the fluctuating distortion and tender shaping of Robson’s guitar. Drummer Gene Calderazzo (who shares a long association with Robson) displays a telepathic ability to respond to every rhythmic twist and turn; his shifting, chameleon-like colorizations here quite different to the density of his work with Partisans.

From the swinging ebullience of Herbie Hancock-styled 'Thief' to the lofty spaciality of 'Astral' (dedicated to Kenny Wheeler), the mercurial moods of 'Second Thoughts' to the quirky, almost ‘60s sci-fi feel of 'Dimi and the Blue Men' and effervescent angularity of title track 'The Cut Off Point', here is a recording that takes the organ trio format into fresh spheres, and the groove is irresistible.

"A very satisfying album indeed."
★★★★ All About Jazz

"This is trio as solo instrument with Robson and compadres as tight and counterpoised as you'd expect... An album steeped in the jazz language of the organ/guitar trio, a uniquely jazz format, yet one that adds a twist all of its own."
★★★★ Jazzwise Magazine

"This is vibrant contemporary jazz made by three resourceful improvisers."
The Guardian

"British guitar phenomenon Phil Robson hardly needs any introduction, save that his new musical departure is realized by an organ trio offering a smörgåsbord of exciting and imaginative compositions."
★★★★ All About Jazz

"That fine British guitarist Phil Robson has found his own contemporary way back into the Hammond tradition."
The Guardian

"An album brimful of exciting playing and solos... a stimulating and varied set that shows that there is a lot more to come from Phil Robson."
Jazz Views

"An excellent album that honours the much loved tradition of the organ trio yet still manages to find something fresh to say within the format."
★★★★ The Jazz Mann

"The range of tempos and moods in eight numbers is more than impressive."
★★★★ The Observer

"The guitarist [Robson] – egged on by his two creative, ever-attentive companions – proves himself a fearless experimenter, capable of striking out into the unknown and finding new textures in a classic format."
★★★★ The Irish Times

"Packed with fresh statements as well as presenting a deeply satisfying variety of moods."
The Herald Scotland

The Whirlwind Artist Page for guitarist and composer Phil Robson.

Bandcamp Daily  your guide to the world of Bandcamp